Walter, also called Floss, is a character featured in the animated television series.

When they first meet, Walter is Jim's cellmate in the episode "Conquer Worm", when Jim is sent to prison because of Evil Jim's crimes.

Walter has very neglected teeth and likes to use Jim as dental floss, to the point where he refers to him as "Floss" when they meet up in future episodes. 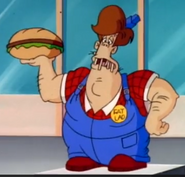 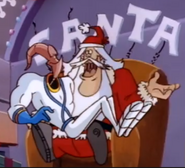