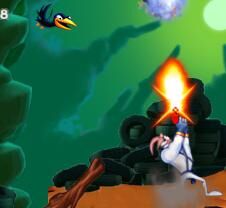 In Earthworm Jim 2, different types of guns were added in addition to the Plasma Blaster.

Community content is available under CC-BY-SA unless otherwise noted.